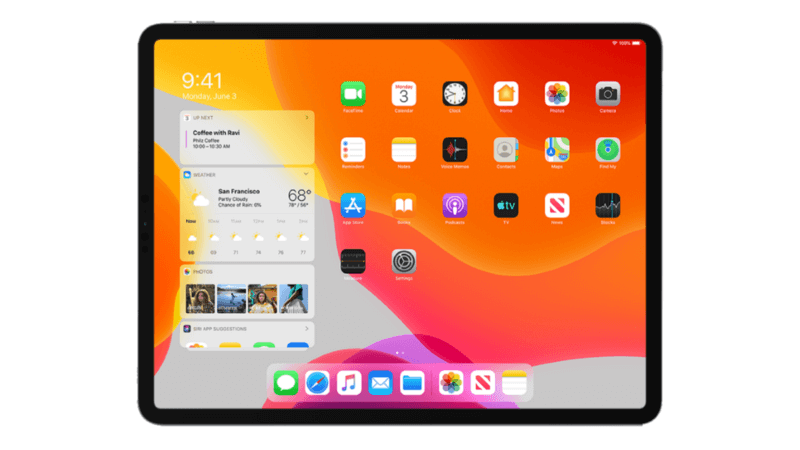 iPadOS and 9 changes it brings

The era of desktop computers is over. We hear this statement all of the time, yet desktops computers are the only type of devices capable of solving real business problems.

Finally, you can plug in a drive or pop in an SD card and read files directly from the external disk. It solves an old problem of sharing large files like video or high-res photos, and make the iPad more useful for creatives and artists.

Many iPad owners have been asking for some type of cursor support for years, and it finally happens. iPadOS introducing mouse support for both USB and Bluetooth devices. Apple has implemented mouse support as an AssistiveTouch feature, and the cursor looks like a typical touch target that we have in iOS — it’s designed to simulate a finger touch.

No need to make an extra gesture to reveal the widgets. All of them will be visible in the left part of the screen. Since widgets will be in a visible area of the screen, more users will use them.

New system UI fonts are now available for use in your app. With iPadOS, your app can contribute fonts for systemwide use and use other contributed fonts using the new font picker interface.

With iPadOS, your iPad apps can now deliver multiwindow experience. For example, users of a document creation app can work on several documents at once, use the app in Split View or in multiple spaces.

Apple also introduced a better way of switching between apps. With Multitasking capabilities such as Slide Over, Split View, and Picture in Picture, users can quickly switch from one app to another with intuitive gestures.

Simple gestures for copying and pasting, as well as cancellation when editing documents. iPadOS supports Drag and Drop in your apps to let users move content in a way that feels natural. It will be easier to move text, images, and files from one app to another.

MacOS Catalina users will be able to use iPads as secondary displays with "Sidecar." That works both wired and wirelessly, and it allows you to use the iPad as a touchscreen controller for the Mac, as well.

9. Bring your iPad app to Mac

It becomes much easier to start building a native Mac app from your current iPad app. Your apps share the same project and source code, so you can efficiently convert your iPad app's desktop-class features for Mac.